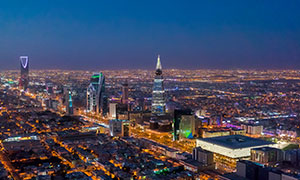 In this year’s report, Doing Business 2020: Comparing Business Regulation in 190 Economies, Saudi Arabia has improved its score for Ease of Doing Business by an impressive 7.8 percentage points. This improvement marks Saudi Arabia out as the biggest improver and moves the country 30 places up the league table to 62nd position from 92nd position in last year’s survey.

Saudi Arabia earned its improved score by making positive reforms in eight of the ten Doing Business areas. Particularly impressive are the improvements it has made in the area of Starting a Business: the start-up cost of 5.4% of income per capita is significantly lower than the MENA average of 16.7%. Other significant improvements occurred in the areas of Getting Electricity and Trading Across Borders, while improvements to the way in which it protects minority investors ranks Saudi Arabia equal with the New Zealand and Singapore, the two easiest places in the world to do business. Saudi Arabia is now the fourth-best country for ease of doing business in the MENA region, behind United Arab Emirates, Bahrain and Morocco.

More broadly, New Zealand and Singapore maintain their places in the top two, but Hong Kong moves up one place into third, with Denmark dropping to fourth. Accompanying Saudi Arabia in the ten most-improved nations were: Jordan, Togo, Bahrain, Tajikistan, Pakistan, Kuwait, China, India, and Nigeria.

Doing Business 2020 is the seventeenth annual report published by the World Bank. It measures reforms and regulations implemented in 190 economies across the globe over a 12-month period that ended on 1 May 2019. Russell Bedford International is a global contributor to the report, and many of its members took part as regional contributors.

Riyadh based Russell Bedford AlHoshan, Russell Bedford International’s member firm in Saudi Arabia, was an active contributor to Doing Business 2020. Omar AlHoshan commented: “In-line with the Saudi Vision 2030, it is satisfying to see that the significant business reforms carried out in Saudi Arabia have had such an impact so quickly. Not only is it easier to start a business, it is also significantly cheaper than the MENA average. It is also encouraging to see the improvements to protecting minority investors ranks the country with the likes of New Zealand and Singapore, this can only attract further foreign investment, with all the benefits to the economy this brings.”