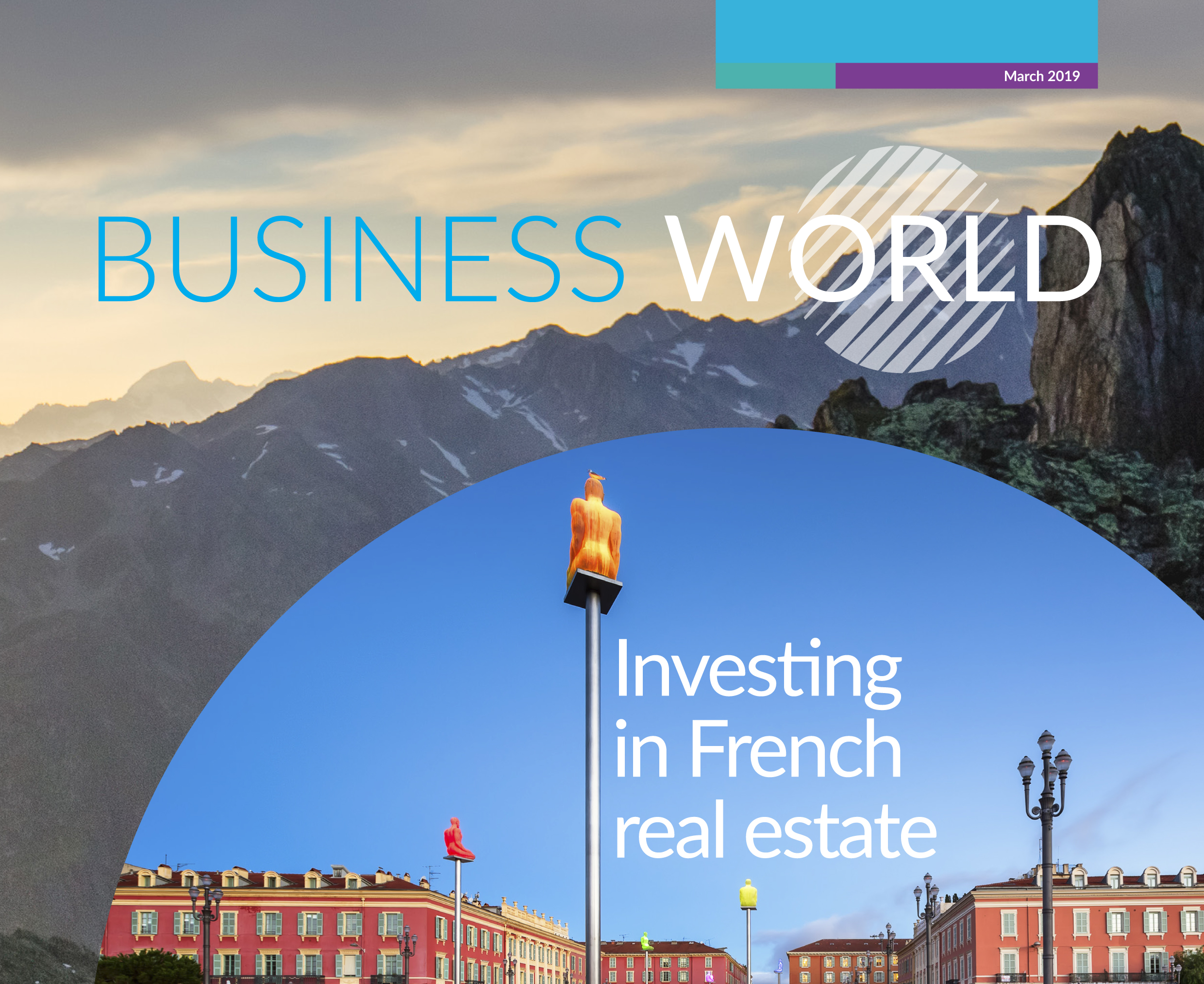 Business World delivers the latest views and analysis written by specialists from within the Russell Bedford network, together with guest authors from various other organisations from around the world.

Articles in the March 2019 edition include:

Laëtitia Villian, legal director at Pyramide Conseils, Russell Bedford's Lyon member, shares her over 10 years' of legal experience, on what you should consider before investing in one of the largest investment markets in continental Europe: French real estate.

Ireland is ready for a post-Brexit Europe

As Brexit uncertainty mounts over whether the UK will reach a deal before it leaves the European Union (EU) on 29 March 2019, one country has played a bigger role in Brexit events than could ever have been imagined: Ireland. Tony Carey, managing director of Russell Bedford's Dublin member firm, Cooney Carey, and an EMEA regional director of Russell Bedford International, discusses why Ireland is an attractive location for international businesses planning for a post-Brexit Europe.

Five traits to look for in a potential employee

A huge part of any successful business is the people who work together to push things forward. When hiring staff, you want to be sure any potential employee is not only suited to the role, but a good cultural fit within the company too. Interviews offer just a small glimpse into what someone’s all about, but there are key traits to look out for that will indicate how they approach work, and what they’ll be like within a team structure. Here, Allied Irish Banks, p.l.c. (AIB), one of the so-called Big Four commercial banks in Ireland, shares some of the most important traits to look out for.

The new world of electronic invoicing

European Union member states have differing standards for electronic invoicing, most of which are incompatible with one another. On several occasions in the past, the European Council has stated that further development of cross-border online trade, and the modernisation of public administrations, should include a move to electronic invoicing. Luca Borella, partner of Russell Bedford's Bologna firm, Magagnoli & Associati, and Roberta Righi a Modena-based lawyer with two law firms discuss these developments.

Bill Rucci, managing partner of Russell Bedford's Boston member, RBF, and chairman of Russell Bedford, discusses the reasons why five countries, known as the J5, which include the United States, the UK, Canada, Australia and the Netherlands have come together to fight international tax crime.

China has embarked on a major reform of tax laws that could have sweeping implications for high-net-worth individuals inside the country, not to mention Chinese-Canadians and Chinese citizens who have investments in Canada. Jie (Jenny) Lian partner at Russell Bedford's Toronto member firm, KRP, and Charles Wang, CPA with Russell Bedford's Shanghai member, Shanghai Jialiang discuss the impact of the crackdown.

The international tax laws that we work with were designed before globalisation and digitisation; as far as the modern digital economy operates, they are not fit for purpose. In short, the current tax framework does not generate tax fairly in the country where the value is created - companies such as Amazon, Google, and Facebook have all faced criticism for this. Justyna Kyć, legal counsel for Russell Bedford Poland, discusses these proposals from a Polish perspective.