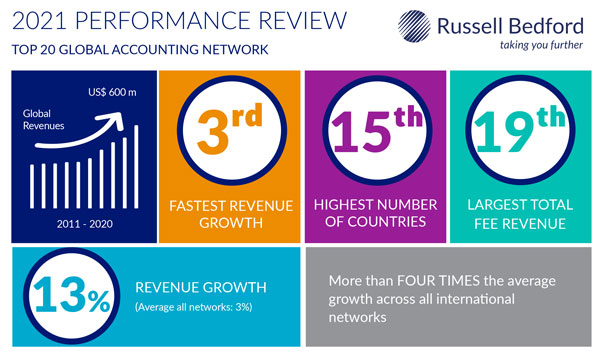 Other impressive statistics include:

Speaking about the survey results, Stephen Hamlet said: "It is encouraging to see such positive results in this year’s IAB survey, particularly in a year that presented considerable challenges. We have much to be proud of and much to develop upon. As always, I constantly have my eye on where we can focus our attention for supporting increased network growth, while considering new opportunities that may be explored. However, taking a moment to reflect on the efforts of many over the past year, that have led to such great achievements, is something from which myself, my team and our members take great satisfaction as we look towards the future of the network.”

He added: "I am incredibly grateful to our member firms around the globe who have shown admirable courage while leading their teams and their clients through a very challenging 12 months. I thank our members wholeheartedly for their invaluable contribution to the continued success and progression of our international network.”

For a summary of Russell Bedford's 2021 performance click HERE.